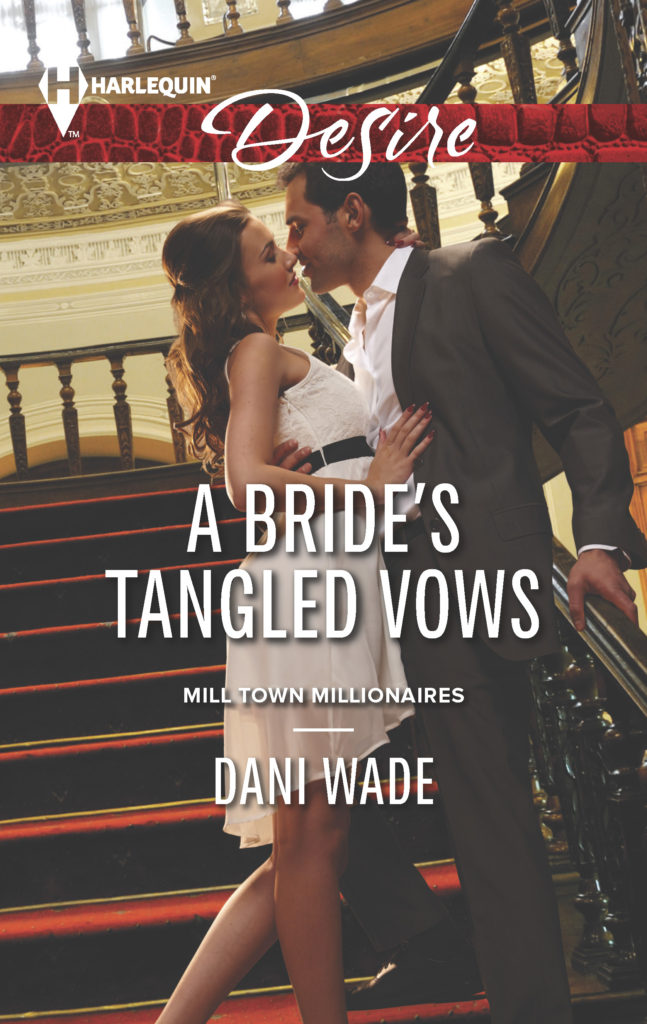 To read an excerpt from A BRIDE’S TANGLED VOWS and check out some fun extras, click over to BRIDE’S Extras page HERE!

“The first in a new series…Wade’s newest is an intriguing story with suspense, characters to root for and a combustible romance. Not only is there a lot to like here, but the potential for the series is high.”

Wealthy art dealer Aiden Blackstone has successfully avoided two things: returning to the hometown that haunts him, and taking a wife. Now thanks to his controlling grandfather’s machinations he’s reluctantly ended up doing both. But Christina Reece quickly proves she’s no mere platonic bride of convenience.

The only way she can make this marriage outlive their one-year agreement is if she can make her sexy husband open his heart and forget the demons of the past…before it’s too late. Because there’s an enemy on the horizon, threatening to take away all they hold dear, including their newfound passion.

To read an excerpt from THE BLACKSTONE HEIR and check out some fun extras, click over to HEIR’S Extras page HERE!

“Their tug-of-war for control is a front for complicated emotions and insecurities, but they come together with passion, honesty and trust.”

When Jacob Blackstone sees his former flame holding a baby with the Blackstone blond curls, the Southern millionaire knows the child is his. But why would down-on-her-luck bartender KC Gatlin keep Jacob’s heir a secret? Now the bachelor who wanted a family on his own terms must rush to convince the fiercely protective beauty he’s daddy material.

KC must tell Jacob the truth about why she kept his son from him or risk losing her beloved baby. When the gorgeous mill owner suggests a trial run at domesticity, she can’t resist. But is true love part of this baby deal? 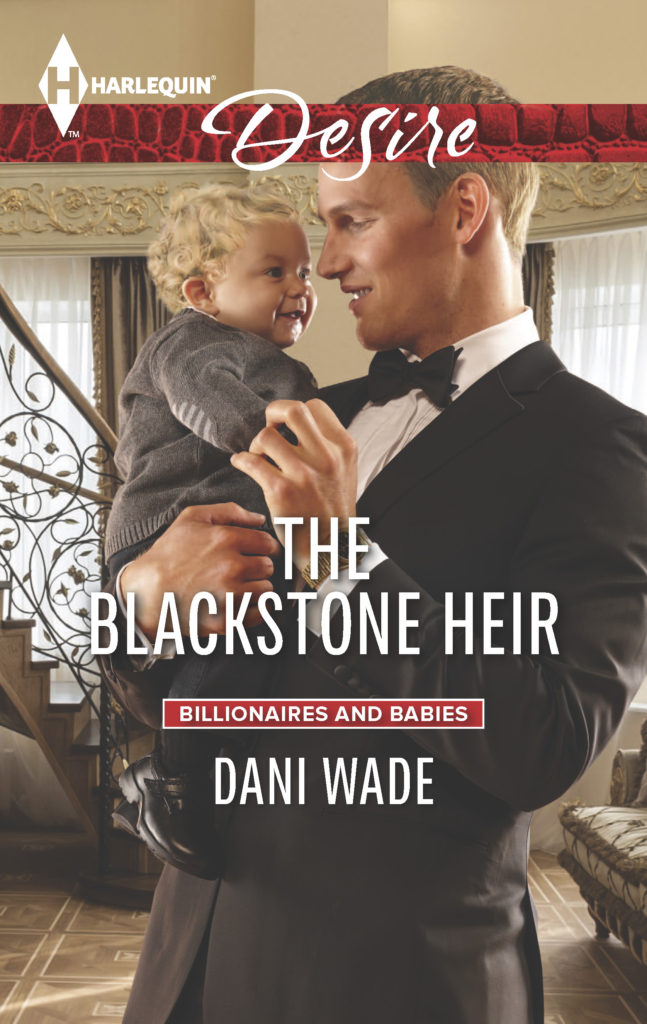 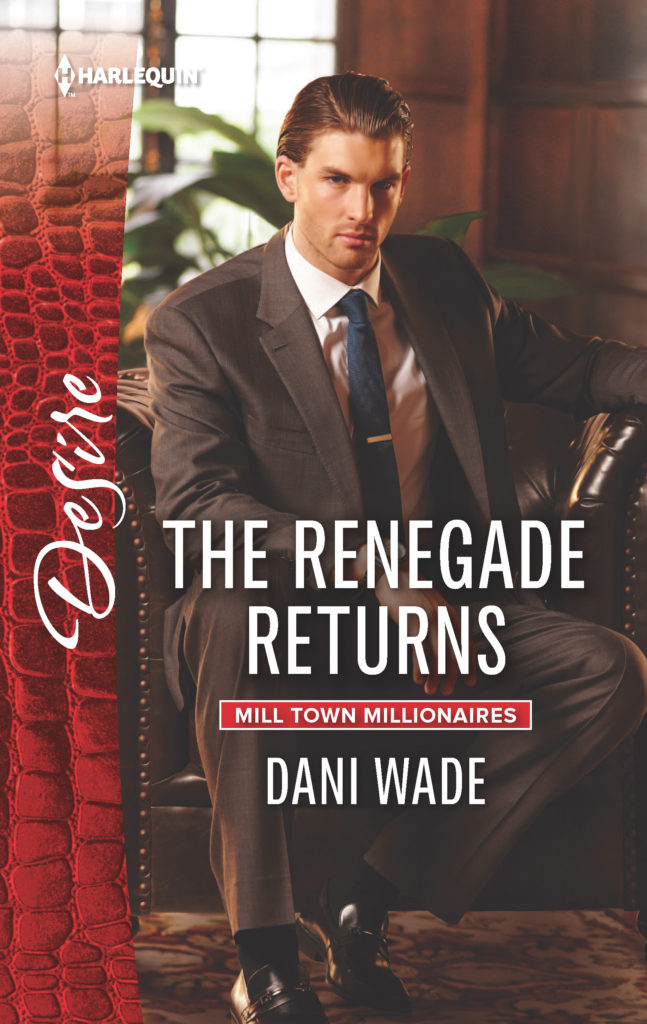 To read an excerpt from THE RENEGADE RETURNS and check out some fun extras, click over to RENEGADE’S Extras page HERE!

Champion race-car driver Lucas Blackstone made it his mission to escape small-town life and his dark family legacy. But then an injury sidelined the superstar, forcing him to return home. At least he has Avery Prescott as a physical therapist. The shy young girl is all grown up and impossible to resist. Now he’s ready to have a little fun.

Having her girlhood crush right there on her massage table is pretty awkward for Avery. But soon her teenage fantasies become reality. Will she help Luke heal, only to have him run again? Or will he choose to stay…for her?

To read an excerpt from EXPECTING HIS SECRET HEIR and check out some fun extras, click over to SECRET’S Extras page HERE!

The one-night stand who got away is back—and expecting…

Security entrepreneur Zachary Gatlin can’t decide whether to kiss her senseless or give her the brush-off, but Sadie Adams insinuates herself into his business and he’s hooked.

Sadie’s on a mission to dig up dirt on Zach and disqualify him from a multimillion-dollar inheritance. Success means she’ll be able to pay for her little sister’s medical bills. But when Zach once again proves irresistible to Sadie, she faces a fateful choice: follow her heart or save her sister. And then there’s the child she’s carrying—Zach’s child… 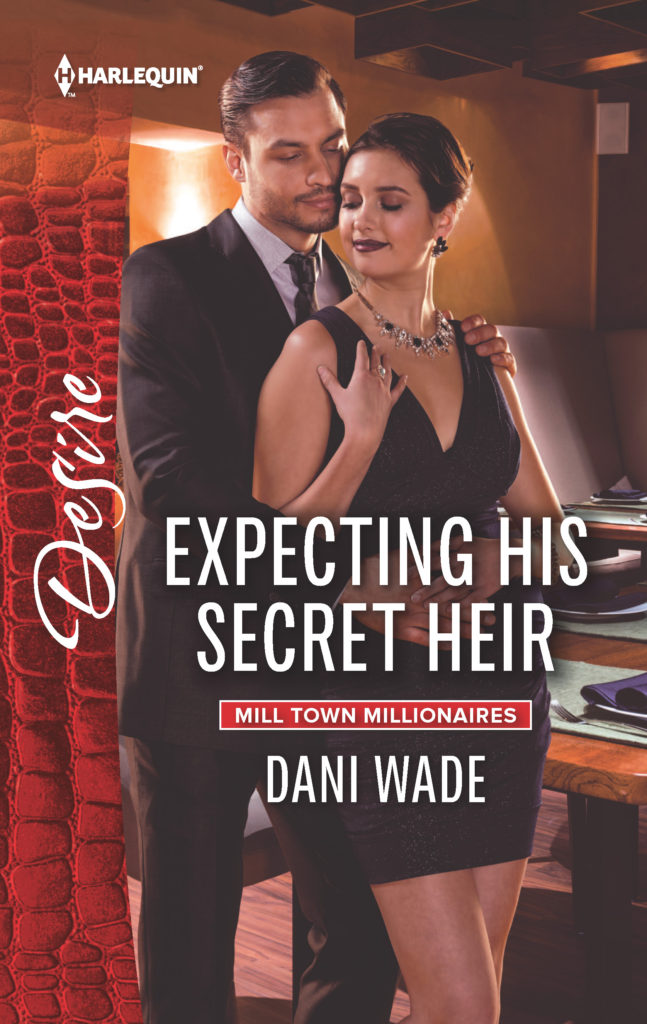