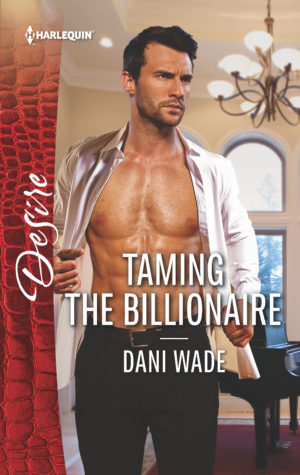 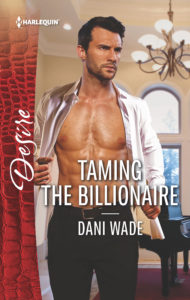 It’s out now!!! Book 2 in the Savannah Sisters trilogy hit the electronic shelves on March 1, while the paperback versions should be making an appearance on March 6. Check out the excerpt below!

The beast of Sabatini House is real.

And only one beauty can tame him.

When Willow Harden arrives at Tate Kingston’s island castle for her housekeeper job, she finds her temperamental boss isn’t just an enigmatic author living in self-imposed exile—he’s an attractive flesh-and-blood man. Soon she’s thinking less about her mission to uncover his family’s secrets than about being under his covers. Until an unplanned pregnancy sets them on a collision course with destiny…

To see more books in this series, click here.

Keep a watch on my Facebook author page for Behind the Scenes glimpses and contests throughout the month!

You can grab your copy of this installment of the Savannah Sisters books at the links below and other online retailers.

Goodreads Page — Add this book to your To Be Read Shelf!

Willow stared up at the imposing, impressive castle-like residence through the windshield of her car. The thunderstorm raging around it was only appropriate. A structure as mysterious and unique as Sabatini House deserved an atmospheric introduction.

Unfortunately, since the owner hadn’t answered the intercom when she’d stopped at the gates, Willow now had to figure out how to get inside. It took concentrated effort to relax her fingers on the steering wheel.

The rain pounded her little car, at times completely obscuring the view. Willow had been fascinated with Sabatini House for several years, since she’d discovered mention of its owners, the Kingston family, in her great-grandmother’s journals. But they contained very little about its history, which had only whetted her appetite for more.

According to the rare articles she’d found about the house since then, it was said to have been built by a Spanish pirate for his lover. It featured underground caves that allowed the ocean to actually flow underneath the house to create a swimming cove. In her journal, Willow’s great-grandmother had described the cave from her one and only time sneaking into a party in the house, declaring it a truly magical tie between the land and the sea. As a descendant of pirates herself, that would be something her great-grandmother would have appreciated.

From the outside it still looked like a magnificent castle, with turrets and peaks and arched windows. But Willow was dying for a glimpse of the inside. She hadn’t been able to find any photos or documentation in her research. The current reclusive owner had never allowed anyone else inside besides his caretaker, Murdoch Evans, and the occasional trusted workman.

Taking a deep breath, Willow pulled her raincoat around her as best she could. There wasn’t any point feeling wimpy about the rain. She needed to get inside. The sooner she settled in, the sooner she could start looking for clues. As much as the house fascinated her, the secrets it held were what truly drew her here. Secrets about the Kingstons, and one fateful night generations ago, that could change her own history forever.